THE CITY OF COLUMNS

A video mapping for capturing an entire city in one stand

Spectacular 3D video mapping, visible from many points of view, to echo the strength of Riello (Italian group based in the Verona province, which realizes systems and technologies for heating and air conditioning of all environments).

To illustrate Riello’s ability to “power” a city, we created a monumental video mapping called “The City of Columns” (“La Città di Colonne”). 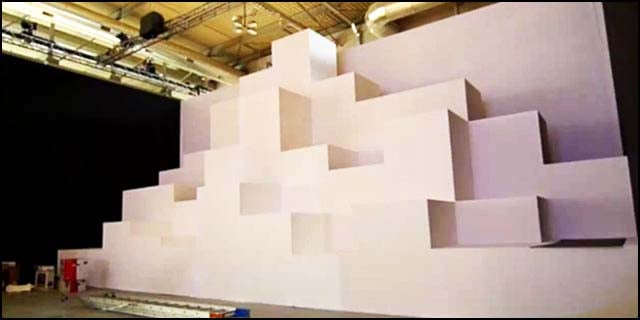 Created on huge volumes specially designed and built, the video mapping has attracted great success, giving off an unprecedented wow effect from one of the most technological stands of the entire trade show!